By Book Hugger on January 4, 2019 in Contemporary 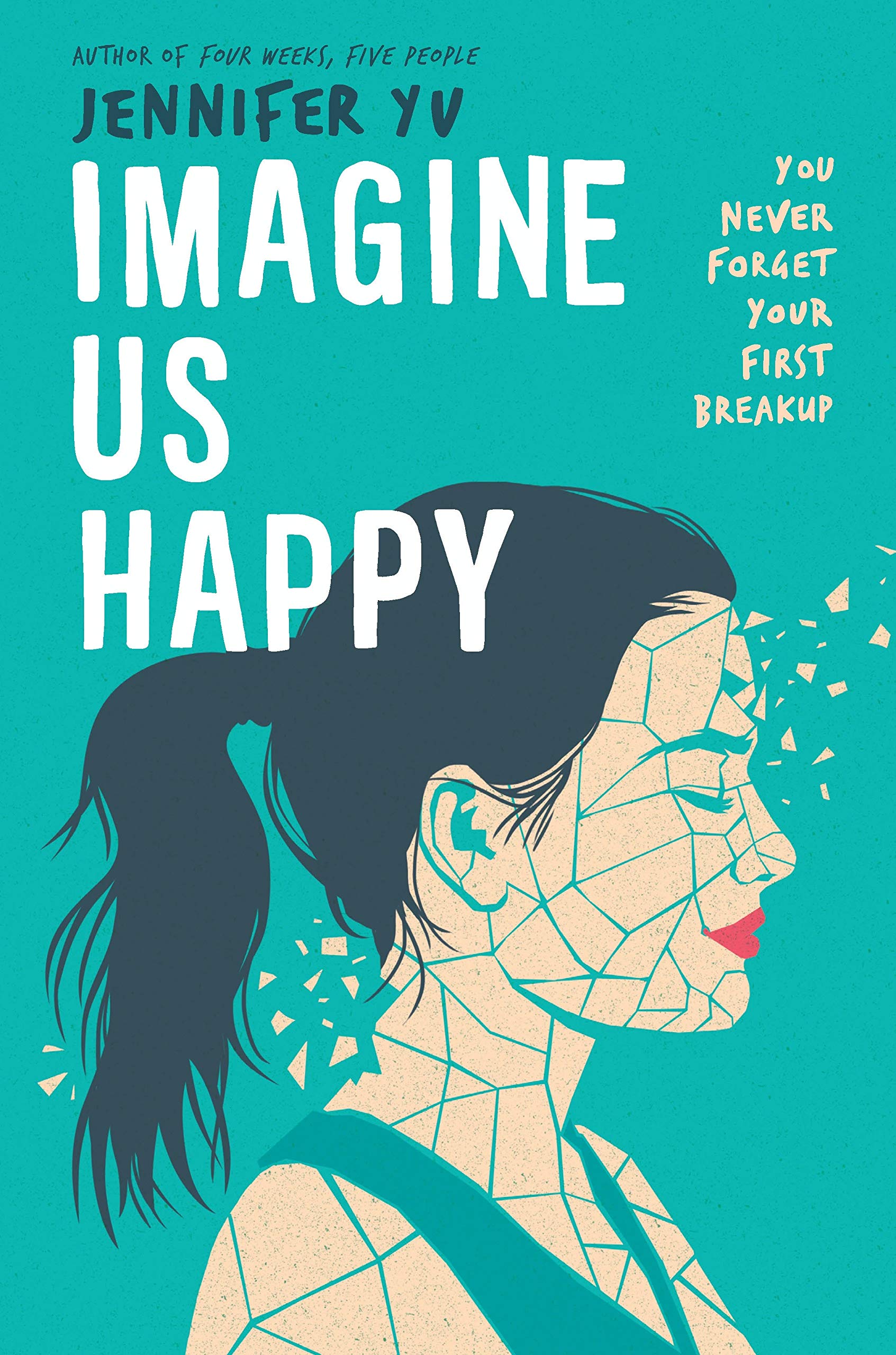 Imagine Us Happy by Jennifer Yu

Stella lives with depression, and her goals for junior year are pretty much limited to surviving her classes, staying out of her parents’ constant fights and staving off unwanted feelings enough to hang out with her friends Lin and Katie.

Until Kevin. A quiet, wry senior who understands Stella and the lows she’s going through like no one else. With him, she feels less lonely, listened to—and hopeful for the first time since ever…

But to keep that feeling, Stella lets her grades go and her friendships slide. And soon she sees just how deep Kevin’s own scars go. Now little arguments are shattering. Major fights are catastrophic. And trying to hold it all together is exhausting Stella past the breaking point. With her life spinning out of control, she’s got to figure out what she truly needs, what’s worth saving—and what to let go (Goodreads).

There are some books that come to you at the exact right point in your life and no matter the small flaws and the time jumps, you just have to rate it five stars because you’re pretty sure it taught you something that will stick with you for the entirety of your life.

So yeah, I loved this book, and I also needed this book, and I am incredibly grateful I chose to pick this book up at this moment in my life. Under fear of oversharing, I think I’ll leave it at how I am currently reexamining a friendship of mine, one that has put me through more pain than joy the last few months, one that has too many similarities to Stella and Kevin for me to be comfortable.

Imagine Us Happy is about a toxic relationship, but even more than that, it’s about the right and wrong reasons to be in a relationship. Stella loves Kevin because he makes her okay…most of the time. And as someone who has placed my being okay in the hands of someone I thought I loved (although unrequited), I can attest to how unhealthy this truly is. While I don’t believe you must love yourself to be in a relationship, your relationship should not be dependent on them making you feel okay. Love does not cure. Love is just another complexity on top of it all, a complexity that must be handled with care and not tossed into the hands of someone who may not be trustworthy. Neither should you question their love to the point of insanity. If you have to question it, it is not love. (And there was one scene in particular where Kevin holds back his “I love you too” clearly in an emotionally manipulative way.) So, in reading this, I’ve learned a lot about myself, about how toxic it is to put your entire well-being into the hands of another, about how you should be the one to make yourself happy.

Among the small quibbles I had, was the time jumps. However, I do think they were important. In a book about emotional manipulation, it would be pretty awful of the author herself to emotionally manipulate you, the reader, into thinking that it would have a happy ending. From the first page, you know it doesn’t. While I did find the jumps in time to be awkward in some instances and to be slightly confusing, I won’t argue that they aren’t necessary because they are. It also ended up playing like one of those movies where the main is reflecting on everything from a therapist’s office or something, and I kind of loved the way that worked out? It read like a diary of Stella’s realizations and at the ending she wasn’t too much more developed, but through the way the story was told with italicized “yeah I know I did wrong here” we could see how much she did develop. And man, if character development is not my Achille’s Heel.

Kevin is a very toxic person for Stella, he doesn’t know how to communicate his feelings, he is distrusting, even of the girl he loves, and he’s emotionally manipulative. But he’s not painted as perfectly evil, although we are blinded by Stella’s love for him for most of the novel.

As for Stella, there is not one moment in this novel that she is vilified for being in a toxic relationship, for staying in one, for trying to make one work despite her parents’ failing relationship as a real-life example for her. There is one moment, though, where she believes she is complicit in the problem, where she says that she would have done the same thing as Kevin, and initially, I read this wrong, that this meant she too was as toxic as Kevin. However, this is a drunken Stella speaking the night after a huge fight with Kevin. Stella feels complicit because she is justifying Kevin’s actions. If she thinks she would have done them, then they aren’t so bad in her head.

One thing, though, that I thought was very…untouched was how Katie leaves Stella at a party while drunk because she was too afraid of her parent’s reaction to her being out late at a party. That whole thing is wrong. You don’t take your friend to a party and then leave her drunk, practically passed out, with a bunch of boys. That’s party etiquette! Especially in this day and age! And it’s literally never approached in the text! Stella isn’t mad at Katie for leaving her; she doesn’t even blame her! And while nearly everything else in this book calls out bad things people do to each other, especially in relationships, it doesn’t look at how flawed Katie was to do that to Stella. It just looks at the result of having Kevin pick Stella up instead.

Speaking of that, no one should ever be afraid of their significant either nor should they feel as though they have to get permission from them to do anything. These are two things the novel touches upon, yet never specifically. I actually liked that Stella didn’t have this huge realization of “oh wow, Kevin was a possessive jerk” but more the narrative allowed us to notice this. This book gets showing not telling right; there was one point where I set my book down and was just like “THAT WAS SO GOOD” about something I realized that wasn’t straight-up spoken. I like that in a book.

Also East of Eden references? Quality. Lin really just reminded me of one of my friends.

This book isn’t something I’ll fangirl over, like I did with Radio Silence all of last year. It isn’t happy, it isn’t pretty, but it’s important. I won’t ever reread it, probably, because there’s something so painful about the idea of reliving it all. But wow, was that an incredible novel, and something I just needed.