By Book Hugger on August 8, 2014 in Dystopian Future 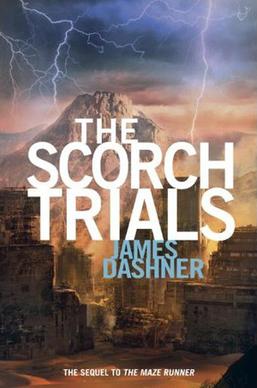 The Scorch Trials by James Dashner

Summary: “Solving the Maze was supposed to be the end. Thomas was sure that escape from the Maze would mean freedom for him and the Gladers. But WICKED isn’t done yet. Phase Two has just begun. The Scorch. There are no rules. There is no help. You either make it or you die. The Gladers have two weeks to cross through the Scorch—the most burned-out section of the world. And WICKED has made sure to adjust the variables and stack the odds against them. Friendships will be tested. Loyalties will be broken. All bets are off. There are others now. Their survival depends on the Gladers’ destruction—and they’re determined to survive.” (Summary found on Goodreads).

In the second book of the Maze Runner Series the violence gets higher and so does the lack of interest. More characters die and the lives of many are threatened. I didn’t appreciate the violence and thought it could be toned down a bit. The character development was lacking, but the plot idea was great. The only problem was Dashner’s execution of the plot; he didn’t write it in a very compelling way. There isn’t bad language unless you count the made-up bad words the characters have come up with. The vocabulary isn’t hard which makes it an easy read. I would have read it faster if it kept my interest, which it did not. Overall I was not impressed. I recommend this book to those people out there who found this series entertaining or just want to make sure the main character survives all the terrible bumps in the road thrown at him.