By Book Hugger on March 11, 2018 in Dystopian Future, Science Fiction 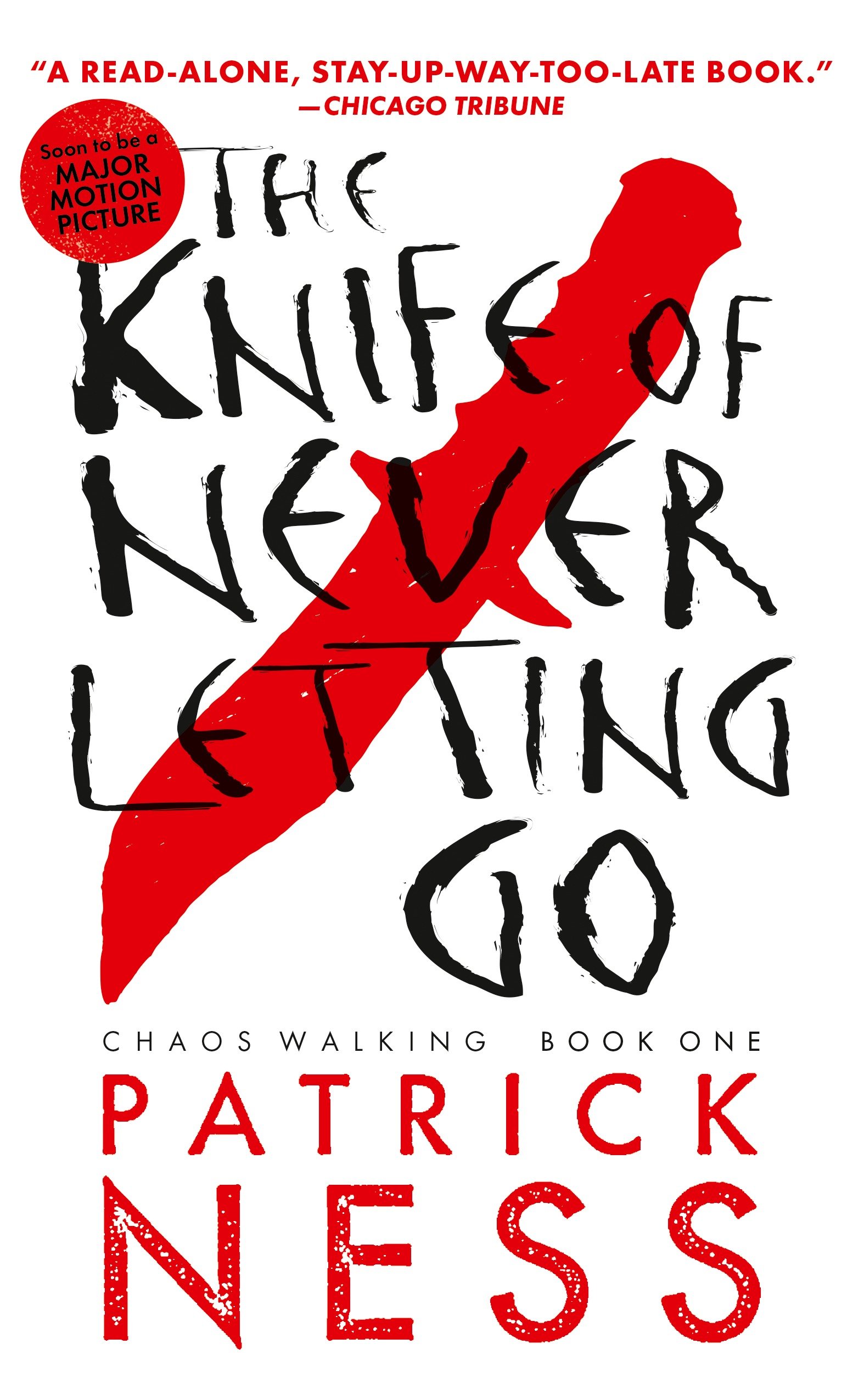 The Knife of Never Letting Go by Patrick Ness

Summary: “Imagine you can hear everything the town of men say about you. And they can hear everything you think. Imagine you don’t fit into their plans. Todd Hewitt is just one month away from the birthday that will make him a man. But his town has been keeping secrets from him. Secrets that are going to force him to run.” (Summary found on Goodreads).

I really wanted to love this book. It’s my second Patrick Ness book and I haven’t enjoyed either of them all too much. The style was really cool, but not my thing. At all. And it was just really boring and not enough happened for me to enjoy it. It tried to make things happen, but I feel like it could have been condensed to a book so much shorter.

I will give Ness credit that the plot was really creative. But…it just fell short. He could have taken it in a much more interesting direction, but instead the plot was mostly about a guy in a world with very few women on the run from someone very bad. I actually didn’t understand the conflict too well because they kept using terms that weren’t explained well at all. It was like we were expected to know what they meant right off the bat.

Other than those main flaws, I didn’t completely hate the book (otherwise I wouldn’t have given it 3 stars). It had a really strong discussion about the aftermath of killing someone. Todd committed murder in the beginning, and it really messed him up. I liked that look at it because YA books generally treat killing someone as commonplace, especially in fantasy and science fiction. This actually took a psychological look at its impact on him. I was really surprised to see this and it made me like the book so much more.

Furthermore, the last 100 or so pages were pretty fast-paced and interesting. I sort of cared about the characters at the very ending and a plot twist came that I didn’t expect…but then one came that I definitely did. But all in all, I was surprised with the route it took at the end, so I will commend Ness for that.

In my opinion, Ness’s writing style just isn’t for everybody, but I wouldn’t write it off based on my review.