By Book Hugger on November 2, 2015 in Fantasy, Romance 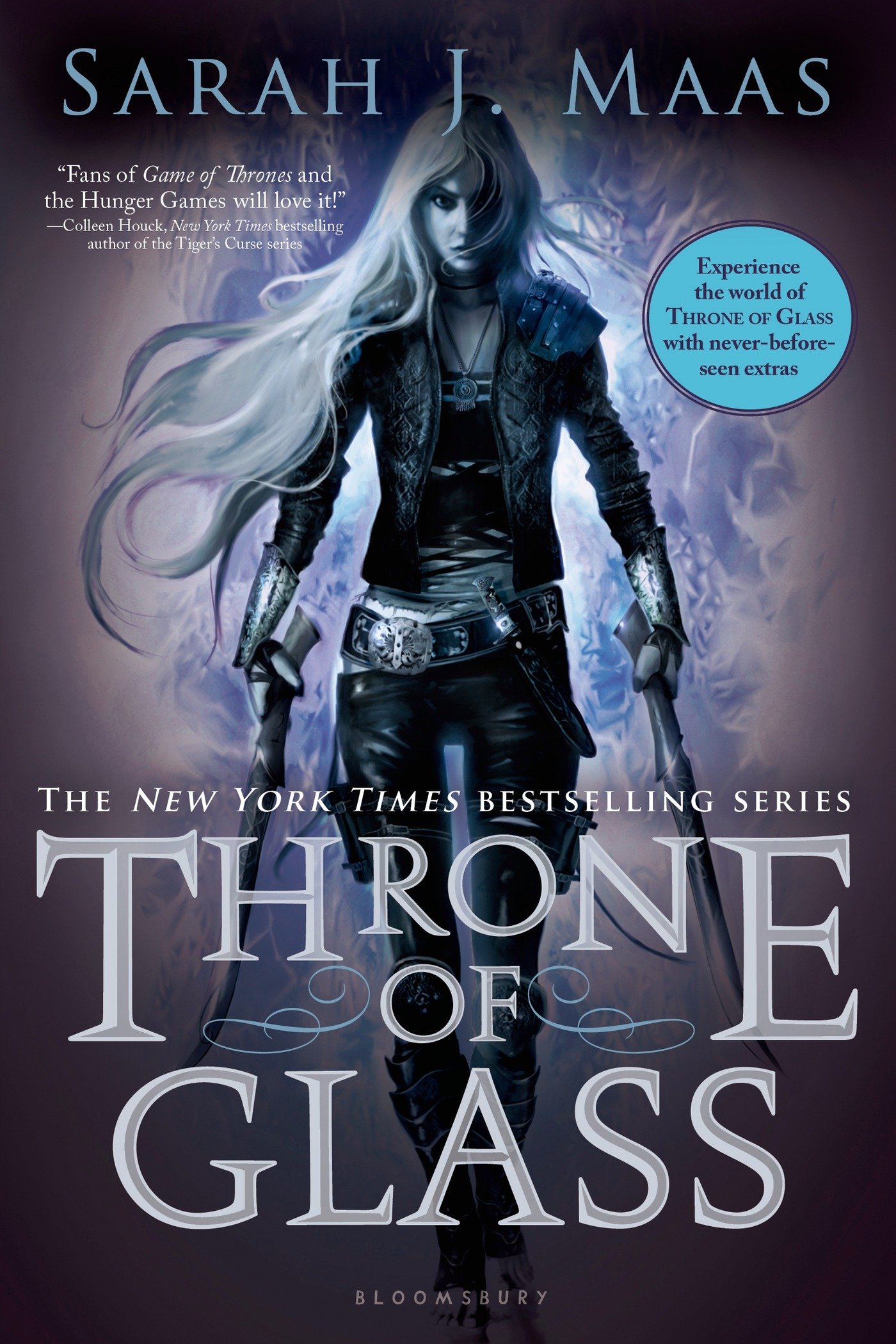 Summary: “After serving out a year of hard labor in the salt mines of Endovier for her crimes, 18-year-old assassin Celaena Sardothien is dragged before the Crown Prince. Prince Dorian offers her her freedom on one condition: she must act as his champion in a competition to find a new royal assassin. Her opponents are men-thieves and assassins and warriors from across the empire, each sponsored by a member of the king’s council. If she beats her opponents in a series of eliminations, she’ll serve the kingdom for four years and then be granted her freedom. Celaena finds her training sessions with the captain of the guard, Westfall, challenging and exhilirating. But she’s bored stiff by court life. Things get a little more interesting when the prince starts to show interest in her… but it’s the gruff Captain Westfall who seems to understand her best. Then one of the other contestants turns up dead… quickly followed by another. Can Celaena figure out who the killer is before she becomes a victim? As the young assassin investigates, her search leads her to discover a greater destiny than she could possibly have imagined.” (Summary found on Goodreads”.

Multiple people recommended Throne of Glass for me and I was a little disappointed by the slow beginning. Though, as I got farther along, I could hardly put it down. I was enveloped in the fantasy of it and the love triangle, which was pretty absurd, but I couldn’t help enjoying it. Though, I found one of the boys impossible to like, especially since his name is pronounced like a vegetable. That was one of my problems with this book, the names are outrageous. The author even had to put a pronunciation guide in the back of the book. Though, despite that, I actually liked this book quite a lot. The main character is a strong girl who is self-confident and actually able to fight (unlike other characters in young adult books who are weak and complain way too much). Not to mention, she likes to read, which is always good. Sarah J. Maas writes well, but I do rate some other authors ahead of her because at times her sentence structure was odd. I made the suggested age higher because there was a bit of violence in this book. I recommend this book to fans of epic fantasy novels.