By Book Hugger on November 9, 2015 in Historical Fiction 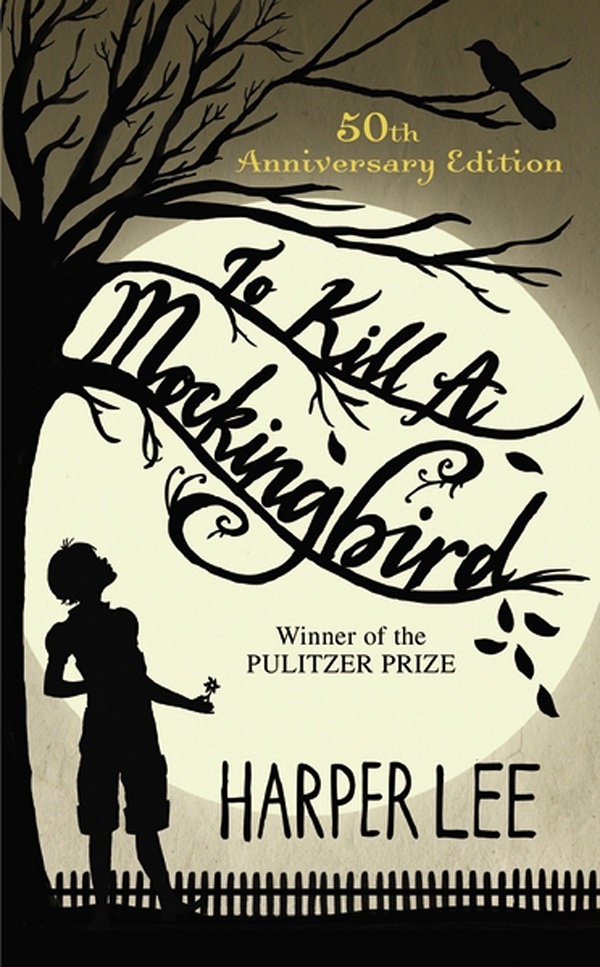 To Kill a Mockingbird by Harper Lee

Summary: “The unforgettable novel of a childhood in a sleepy Southern town and the crisis of conscience that rocked it, To Kill A Mockingbirdbecame both an instant bestseller and a critical success when it was first published in 1960. It went on to win the Pulitzer Prize in 1961 and was later made into an Academy Award-winning film, also a classic. Compassionate, dramatic, and deeply moving, To Kill A Mockingbird takes readers to the roots of human behavior—to innocence and experience, kindness and cruelty, love and hatred, humor and pathos. Now with over 18 million copies in print and translated into forty languages, this regional story by a young Alabama woman claims universal appeal. Harper Lee always considered her book to be a simple love story. Today it is regarded as a masterpiece of American literature.” (Summary found on Goodreads).

Note: This is going to be a long review and I will probably use character names and make references towards the plot (which I usually don’t do).

First and foremost, I definitely should make it clear how much I love Harper Lee’s writing. Unlike Of Mice and Men (the previous book I read for my Honors English class), the symbolism didn’t feel forced or contrived. When reading this book, I felt as though I was there and that the symbolism just made the story deeper and even better. I also loved the message of this book. I read a book with a similar idea last year, Roll of Thunder, Hear My Cry, but To Kill a Mockingbird executed the idea in such a fashion that I didn’t feel as though I was reading a required reading book (despite the fact that every moment a character said something important sounding, I put a sticky tab next to it). Then of course, come the characters. From the first chapter, I loved Scout. I’ve always been a fan of spunky female characters who don’t allow labels to define them and are okay being who they are. Scout is unafraid to be a tom-boy, no matter how often her Aunt Alexandra tries to make her a lady. I also like Jem because he seems so realistic and the character development is flawless. Of course, I feel this review would be pointless without mentioning Atticus, who has to be one of the best fictional dads in the entire book universe. Not to mention the fact, he’s raising Scout (who is handful) and Jem alone. He is the source of pretty much every famous quote from this book and without him, this book wouldn’t be complete.

This story has such a deep plot line that had twists and turns everywhere, leaving me shocked at the ending. This book was written so that every single part had a purpose, even the snowman melting during the fire (oops, I hope that wasn’t a spoiler). Lee created such a realistic fictional city in her novel and despite how horrible Maycomb County is supposed to be, you realize that there’s some good in its roots.

I did make the suggested age 13 because I feel that anyone younger wouldn’t understand the content and high vocabulary. Plus, the court case that takes up the majority of the book deals with a black man accused of raping a white girl.

I highly recommend this book to everyone, not just students, but people of any age. This is one of those books that no matter how long ago the time period it is set in (the 1930s for this book), it will still be ageless and forever a classic. Whether in the classroom or by choice, picking up this book is a decision you (hopefully) won’t regret.