By Book Hugger on November 23, 2014 in Dystopian Future, Romance 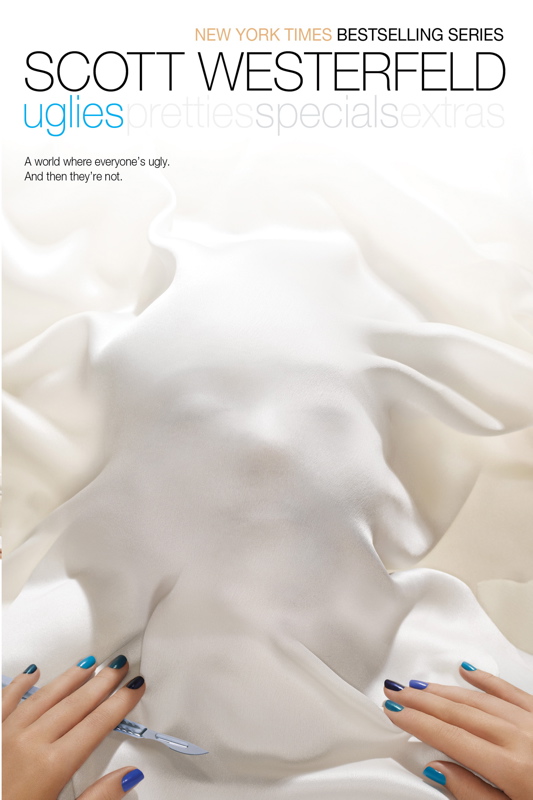 Summary: “Tally is about to turn sixteen, and she can’t wait. In just a few weeks she’ll have the operation that will turn her from a repellent ugly into a stunning pretty. And as a pretty, she’ll be catapulted into a high-tech paradise where her only job is to have fun. But Tally’s new friend Shay isn’t sure she wants to become a pretty. When Shay runs away, Tally learns about a whole new side of the pretty world– and it isn’t very pretty. The authorities offer Tally a choice: find her friend and turn her in, or never turn pretty at all. Tally’s choice will change her world forever…” (Summary found on Goodreads).

Uglies by Scott Westerfeld is a dystopian future novel like no other. I could not put this book down. Everything about it was intriguing. It was written without many high vocabulary words so a younger reader could read it, but the overall message would confuse them. There is mild violence and practically no swearing. The main character is in love, but there is nothing more than kissing. I thought the message was a really good one and could bring up a discussion about looks and whether they really matter. I think that message is important because we indulge too much in how everyone looks when we should be thinking about how people are on the inside. I recommend this novel to my fellow dystopian fans.